Happy Anniversary Will & Kate! Our weekend in London during the Royal Wedding

This why my husband is so great:  Three weeks before the Royal Wedding, I was telling him how I was excited to get up early and

watch the wedding on t.v.  It would be over by the time we had to leave for work.  I mumbled something about it being cool if we

were actually there.  He said, “why don’t we”?  I said no, that’s crazy with this short notice, and we just paid off another trip we

took.  The next day, I am sitting at my desk at work and he calls.  He says he has an air/hotel package  pulled up, and he is about to hit

the book button.  I was freaking out!  I am usually the planner, taking months to research a trip.  So I said, fine do it.  And we were off

for a four-day weekend in London!  We arrived on the 28th.  The city was full of media and pictures of Will and Kate plastered the city.

The procession route, St. James Park, and Westminster Abbey area were full of campers.  They had been there for a week!  While I would

have loved to see them in the carriage after the wedding, I chose to stand by the church to see them emerge together for the first time

as a married couple.  We decided to go at 4 am.  We got up around 3, got ready, and headed to the church.  There was already a good

crowd there.  We got pretty close, but even closer after the police made people pack up their tents and chairs as it got closer to the wedding.

I have never been so packed in a crowd like that.  My arms were literally pinned to my sides.  It was a struggle just to get a bottle of water

out of my bag.  The only problems were people from the back kept pushing everyone forward, causing the front row to yell back to stop

pushing.  There was also an annoying guy who was very tall in the front row with a t.v camera.  I thought isn’t he important enough to

stand somewhere else?  So after standing for 7 hours, people started to arrive.  The family was shuttled in by buses.  We didn’t see

any famous people as they took the side entrance.  When the immediate family started to arrive, I gave the camera to Jim, as he is taller

and would get better shots (as you can see).  I love the photos he got of Kate, and even had a canvas print made for our bonus room wall.

After everyone was in, we turned around to the media stand behind us  with the local t.v stations.  They turned a monitor towards us

and we were able to watch the wedding.  It was really awesome.  I got to watch it again as I recorded it at home.  After it was over, I was

looking forward to seeing them come out together.  That never happened.  A whole crowd of horse guards blocked our view.  Of course

we got a great view of Pippa in her carriage!  When the crowd started to disperse, we went to lunch, then back to the hotel.  I would

have gone to Buckingham Palace, but we thought the balcony appearance would be over by the time we got there.  It wasn’t.  We were

able to watch everything else on t.v.  We even watched the fighter jets on t.v, and outside our window at the same time!  We then fell asleep for

three hours!  Besides the wedding, I got to eat the best fish & chips, took some great photos, and even visited an old friend who lives

outside of London.  One of the best weekends ever! 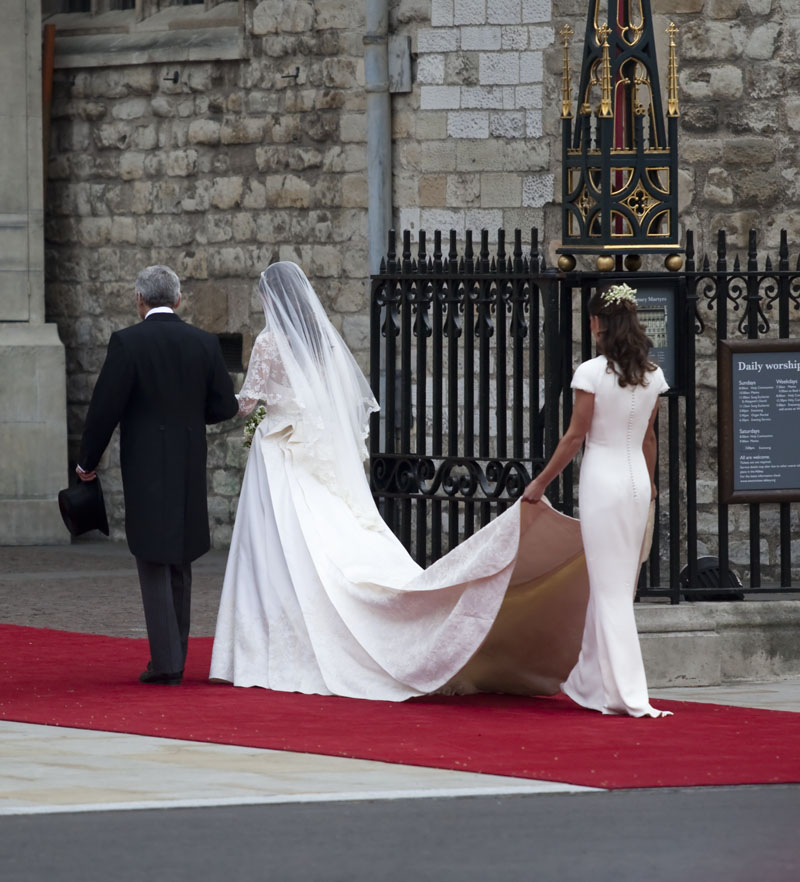 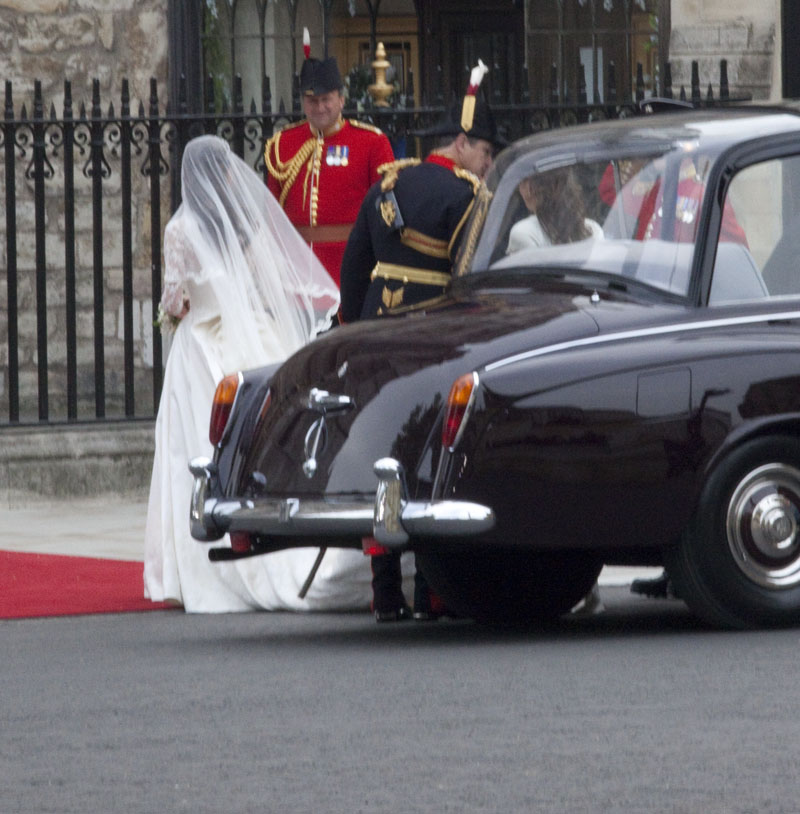 us in the middle of millions

these horses blocked our view when they were leaving the church

The Queen and Charles

William walking into the church

campers across from Westminster Abbey

Media stand across from Westminster Abbey

the crowd outside Westminster Abbey